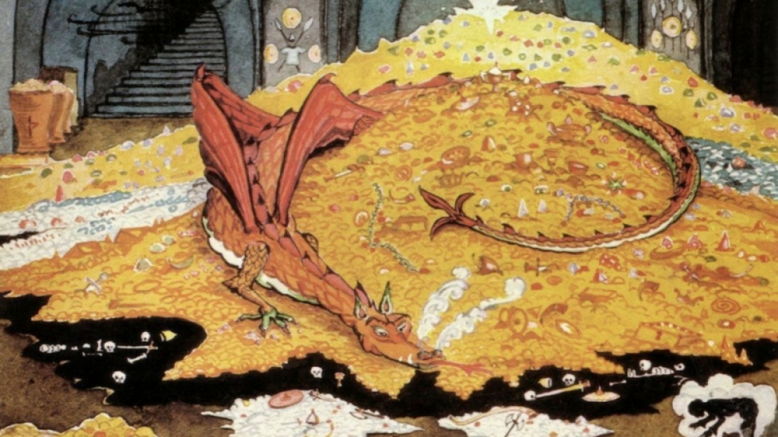 "Speaking to British Authorities about the return of stolen artifacts and especially Indias treasures, is akin to speaking with Smaug, courtesy unrelenting coupled with the occasional glimpse of razor sharp canines." Pt Satish K Sharma

The V & A Museum which houses the ill gotten gains of the British East India Company, is an Alladins cave of Stolen Loot. Isnt it time to give back what is obviously not theirs? Reparations are clearly due  - Should they be Hard or as Rajiv Malhotra ji advises,  Soft? Who has the moral authority to adjudicate on this issue and where does the power to decide this matter reside? Does the fact that the British can repeatedly dismiss this issue out of hand, not demonstrate the existence of "White Colonialist Privilege"?

We at GHF think that its time that the British Hindu community engaged with this issue - Lets send our Devi Devtas home and give unfetterred access to our ancestral cultural and historic heritage. ...

A significant voice is Dr Tristram Hunt, the Director of the Victoria and Albert Museum in London – the world's leading museum of art, design and performance. Since taking up the post in 2017, Tristram has focused on support for design education in UK schools, expansion of the photography department, and encouraging debate around the museum’s global collections. In the coming years, Tristram’s priorities are centred around the transition to a multi-site museum, with V&A Dundee, the redesign of the Museum of Childhood, and the development of a new museum and Collections and Research Centre in Stratford, East London. Prior to joining the V&A, Tristram was MP for Stoke‐on‐Trent Central and Shadow Secretary of State for Education. He has a PhD from the University of Cambridge and is the author of several books, including Marx’s General, Ten Cities That Made an Empire and, most recently, The Lives of The Objects – telling the story of the South Kensington collection.

This event will explore the issues surrounding the theft and ongoing denigration of Hindu Artifacts and how do we accelerate their return to their Temples and rightful homes in India.

Shri Rajiv Malhotraji raised this issue in Parliament and we captured it on video ...