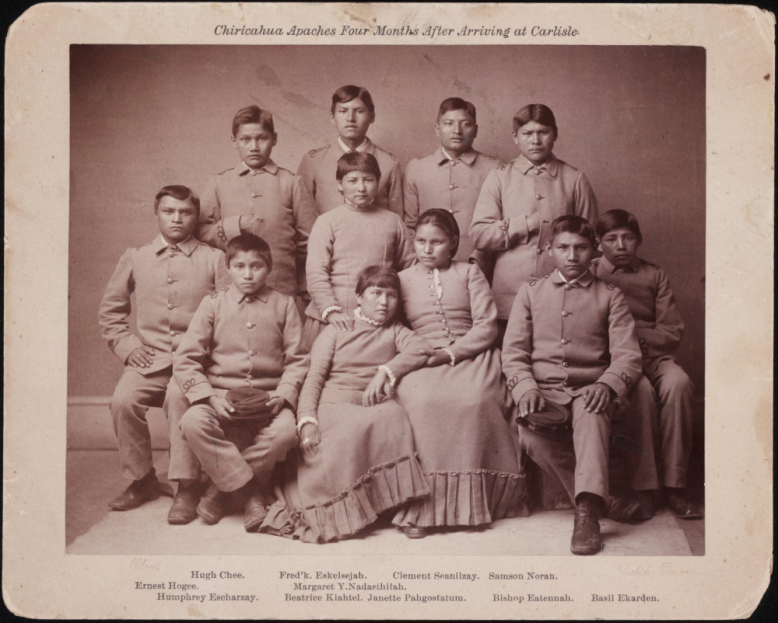 In 2021, in British schools all over the United Kingdom, British Hindu children are being subjected to humiliation, emotional trauma and classical Christian "re-education". With further scrutiny, it becomes clear that what passes as "Religious Education" is in fact an exercise with a trifold purpose

The above Image shows indigenous native American children who were forcibly removed from their families and imprisoned in Christian run brainwashing camps, innocently named "Residential Schools". The last of these schools was closed down in only 1996 but is the tradition of separating children from their ancestry still continuing in British Schools?

Religious Education in the UK is moulded and directed by an infrastructure which is heavily influenced by the Church of England and its votaries.  The same institution has professed its mission as conversion of the remaining pagans and recently also been declared as "deeply institutionally racist" by the Archbishop of Canterbury Justin Welby.... so what's really being taught to British children .... especially Children of a non-Christian background in 21st century British Religious Education? Is the tradition of "driving out the heathen" as practiced in the infamous "Indian residential Schools" still being implemented?

"Children were typically immersed in European-Christian culture through forced changes that removed indigenous cultural signifiers. These methods included being forced to have European-American style haircuts, being forbidden to speak their Indigenous languages, and having their real names replaced by European names to both "civilize" and "Christianize" them. The experience of the schools was usually harsh and sometimes deadly, especially for the younger children who were forcibly separated from their families. The children were forced to abandon their Native American identities and cultures."