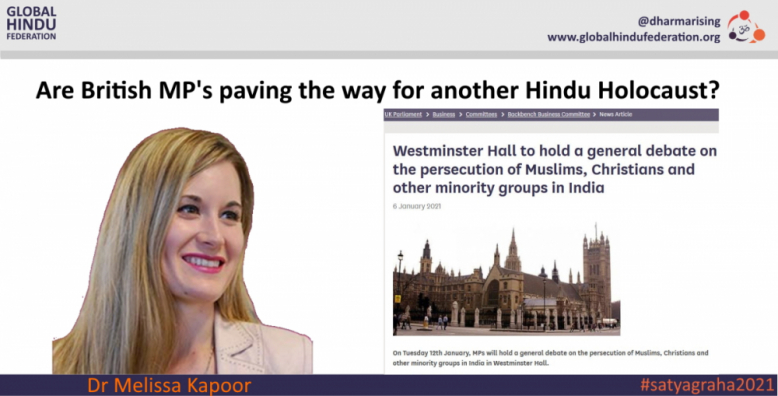 In December 2020 there were over 100 incidents of Hindu Temples being attacked and desecrated, sacred icons and murti's destroyed, in the Christianist dominated state of Andhra Pradesh alone. British Christian Colonialist Parliamentarians decide to hold a debate on the "attacks on Christians in India".

In 1994 Christians in Rwanda incited and participated in the massacre of some 800,000 minority indigenous Tutsi's. The Pope tendered an apology for the role of the Church in the genocide but the Rwandan government expressed dissatisfaction stating "“Today, genocide denial and trivialisation continue to flourish in certain groups within the Church and genocide suspects have been shielded from justice within Catholic institutions."

Kagame, a Tutsi, led a rebel force to halt the slaughter in 1994 and accusations immediately surfaced that some priests and nuns had taken part in the killings. Some of the ugliest massacres were committed in churches, missions and parishes where Tutsis who took shelter were hunted down by extremist militias. A U.N. court in 2006 jailed a former Catholic priest for 15 years for ordering bulldozers to level a church, killing 2,000 people who were hiding inside. Rwandan authorities have said other clergy implicated in the killings were allowed to start new lives in Europe and were protected by the Church.

It would be wise to note that this was a masterful execution of the "divide and rule" colonial policy of seeding friction leading to mass killings of indigenous peoples and then apologising profusely. This tactic has worked so well in the past for the Anglican Church (The Anglican Apology) as well and we are witnessing it being deployed in the Indian state of Andhra Pradesh.

During 2020, hardly a week went by without a Hindu temple being vandalised or a Moorti (consecrated statue of a Deity) being beheaded, broken or otherwise destroyed in India. Andhra Pradesh is just one state that is currently the focus of vicious and very wealthy Christian proselytization efforts leading directly to this hatred of Hindu. And, across India, hardly a week went by without a Hindu girl being killed through Love Jihad, or her Dad lynched by an Islamist mob, simply for protecting her from harassment, or a Hindu priest murdered for being a “Kaffir” or an “Infidel Heathen”.

All of India’s Hindu temples are heavily, heavily taxed – to the point that Hindu priests are starving to death – in order to pay for new Churches and Mosques, for Christian pastors and Muslim clerics to live very comfortably, and for people of minority faiths to receive subsidies such as minority-only scholarships and jobs. When you drive through the cities and along the highways in India, you will see one grand church after another, whereas the Hindu temples are small and tucked away. The Christian schools sit on prime land – on the tops of hills and in the centre of gardens – and are able to teach whatever they want. Compare this with the standard Government schools which are hidden away, in need of repair and required to teach the syllabus created by the British Raj, which idolises Christians and Muslims and denigrates Hindus.

These are just some examples of the privileges that Muslims and Christians receive in India, and also of the continual terror and persecution inflicted on Hindus. A strong effort is being made to wipe out Hindus and Hinduism in India. Just like Yazdis, native Americans, Incas, Aztecs, Pagans were exterminated, Hindu genocide continues in front of our very eyes!

Why are British Parliamentarians setting the stage to make Andhra Pradesh the next "Rwandan massacre"...?

Be under no illusion, the purpose of this debate is to vilify Hindus, to incite contempt and hatred  for Hindus - the people who have always seen the world as one big family. The people who have welcomed persecuted minorities throughout history – Jews, Parsis and, with the introduction of the Citizenship Amendment Act 2019, any person who has been persecuted for their minority faith, including Christian faith, while living in neighbouring Islamic State countries. Once a target group have been sufficiently vilified, an attack upon them can be easily justified, even if completely false. As they used to say in the Slavers South "You need to hate to hang a Dog".. or false allegations of WMD's also works well.

We must not take the false accusations and slander of these UK MPs against Hindus lying down. For hundreds of years, Britain systematically destroyed India in order to rule over it, sucking out $45 trillion of her wealth, directly causing the death of 4 million in a single event,  introducing divisions within her society, and destroying the self-esteem and pride of her people. In particular, British Christians tried to destroy temples and convert Hindus to Christianity. Nothing seems to have changed in the 21st century. These MPs want to weaken and break up India and they hold the arrogant position that India needs to be guided and chastised by a colonial power in 2021.

By calling this debate, UK MPs are showing their intent to establish a second colonial rule/(oversight?) over India. I have little doubt there is an underlying proselytization agenda to this stirring and interference. It is an arrogant, ignorant and insensitive attack on India that will further incite hatred and terror against peace-loving Hindus. It seeks to destroy India’s vibrant culture.

Global Hindu Federation calls on you to hold these colonialist UK MPs to account and ensure that they are aware of the damage they are inflicting on India, Hindus and the Indo British relationship.

If you fill in your details and click submit, our system will produce a letter on your behalf that will be sent directly to these MPs, all in less than a minute. We each must do our karma to protect Dharma and the truth. We each must act to ensure India and Hindus can survive. Surely 400 years of persecution by Christians is enough? Thank you.