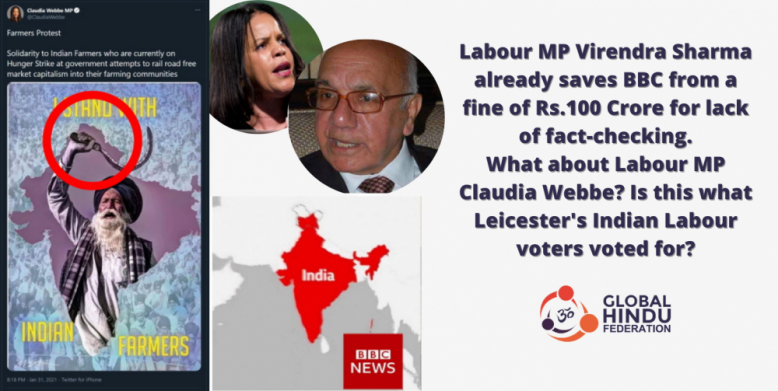 In a breathtakingly contemptuous move, Labours' Claudia Webbe tweets an inflammatory image of a further dismembered India. Global Hindus should recall that it was a Labour government which was forced to end the British occupation of India and as a parting gesture of Colonial violence, slashed both Punjab and Bengal into two pieces. Judging from Claudia Webbes' tweet, that old Labour "slash, divide and rule" Colonialist policy is still very much appreciated.

Imagine the outrage if India's elected representatives refused to recognise Englands occupation of Northern Ireland and removed NI from all maps, or if Scotland were referred to as EOS ie "England Occupied Scotland" with this map? What makes this act particularly malicious is the history of the ethnic cleansing of Kashmiri Hindus. Inexcusable. 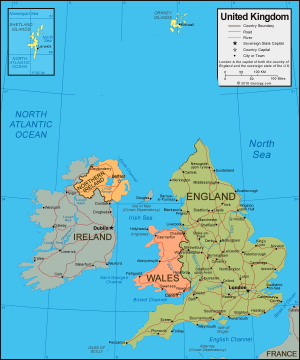 It's especially critical for Leicesters Indian voters to write to their MP and insist upon an apology. If you'd like to send an email to Claudia Webbe, we would suggest the message below, and if you wish for our system to communicate this on your behalf, just register and click - we'll take care of the rest.

I write to advise you of the horror i felt when I saw your tweet, which is breathtakingly offensive on so many fronts.

Firstly, you have misrepresented the map of India, excluding entirely the Indian State of Ladakh, Jammu and Kashmir. There have been seven exoduses of Kashmiri Hindus from this state directly as a result of religiously targeted violence and over 400,000 Hindus have been displaced and are still seeking justice. For you to have erased their ancestral homeland in this manner is callous and deeply hurtful and indicates support for the terrorists who have repeatedly executed pograms on the indegenous kashmiri population. Why would you do such a hurtful act? Surely an explanation is called for.

Secondly, the situation in India regarding the "Farmers Protest" is tragic and incendiary and there are many violent forces seeking to inflame the situation and not only make it communal but also seeking to bring tensions and frictions on to the streets of the United Kingdom. In Leicester, there is a very well established harmonious Indian community who are struggling with COVID issues as well as poverty and employment. Not one of them will have voted for you to raise tensions in Leicester and yet you have chosen to ignite the kindling in this manner. Labour lost a majority of over 14,000 votes when you were "selected" and pushed onto Leicester voters and taxpayers. They deserve your leadership to address local challenges which are greater than ever before. It is a national scandal that modern day slavery is rife in Leicester under your gaze, and yet you choose to inflame the situation in India as though it can be done without consequence.

I call upon you to remove the offensive tweet, to issue a genuine comprehensive apology and focus upon Leicesters problems and challenges.

If you'd like to send the above message to Claudia by email, please click the take action button below and well do the rest, When you get a reply, please do let us know.

IF YOU ARE A LEICESTER RESIDENT PLEASE TICK THE "I'M A CONSTITUENT BOX" AND PROVIDE YOUR ADDRESS DETAILS. She's your MP and must respond to you.